Throughout the 1950s, '60s and 1970s a brand of bold and direct close-up magic was developed in Chicago, Illinois. These effects were known for simplicity, clarity and strength of effect, and the powerful response they elicited. Chicago magical legends Don Alan, "Heba Haba Al" Andrucci, "Senator" Clarke Crandall, Frank Everhart, Jack Murray, Johnny Paul, James Patrick Ryan, and Matt Schulien forged their reputations with these effects, and now you can too!

While these quick, direct, simple, baffling effects delighted Chicago audiences for decades, they were far less widely known and practiced outside of Chicago nightlife venues. Many of these terrifically effective pieces have evaporated into the ether, for no other reason than the fact that they are not the "latest." To say that you could make your living performing these eternal impossibilities is beyond dispute. Many of our most talented trailblazers have done precisely that!

Now's your chance! If you're just getting your feet wet in close-up entertainment, let this information serve as a springboard for mastering quality magic. If you're a close-up veteran, you'll find yourself wondering why you aren't performing these gems regularly. (It is our suspicion that you will be soon!)

All this, and much more, including a truly invisible handling of the Johnny Paul/Jim Ryan Bill Tear. All are performed before impromptu audiences, and clearly taught so that you can perform these treasures with unprepared objects in no time flat! 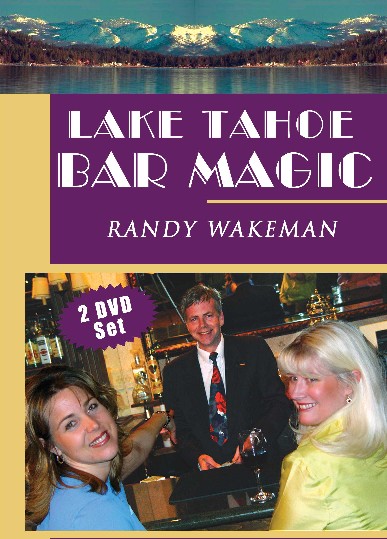 "Lake Tahoe Bar Magic DVD" two volume set! It is my very best, most comprehensive video effort to date. This is the professional quality magic you have been waiting for, and your audiences will thank you for.

When was the last time that you were able to get your hands on a twin pack of DVD's that contained magic routines that were ALL really worth doing? Take it from those in the know: this is one of the best magical investments you can make! 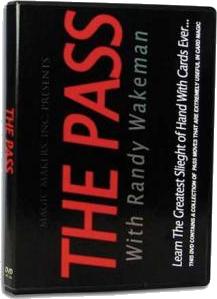 Imagine taking a deck of cards and having UNREAL CONTROL of your spectator's selected card! You will learn step-by-step a collection of moves that will help you take the next step in your card magic. These are moves that seperate the novice card magician from the serious card professional. The DVD features multiple performances and slow, step-by-step instruction for each Pass technique.